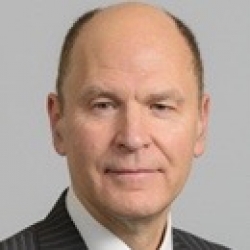 Professor Andrew Baildam is a Consultant Breast Surgeon working in Manchester and London.

In 1993 Professor Baildam was appointed as Consultant Oncoplastic Breast Surgeon to the Christie Hospital regional cancer centre and to the University Hospital of South Manchester. He has been at the core of developments in breast cancer surgery and reconstruction over the last years and has immense experience in the management of breast disease.

Professor Baildam was appointed as Professor of Breast and Oncoplastic Surgery in 2011 at St Bartholomew’s Hospital, University of London. The majority of Professor Baildam’s career had previously been in Manchester. He trained in general surgery and surgical oncology and diverted into plastic and reconstructive breast surgery training at a time when cross-specialty training was radical. His MD thesis research was jointly between the Christie and the Middlesex, London, on the molecular biology of breast cancer.

Professor Baildam has published over 180 peer-reviewed papers, chapters and articles. He jointly innovated the UK national breast oncoplastic surgery training fellowships set up in 2002. He is past President of BASO (British Association of Surgical Oncology), The Association for Cancer Surgery (2010-2012), and an interspecialty member of BAPRAS (British Association of Plastic Reconstructive and Aesthetic Surgeons). He chaired the BASO-BAPRAS Interface Group for three years.