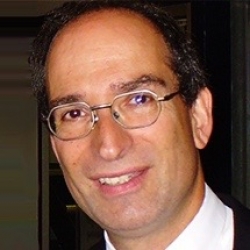 Dr Andrew Hindley is a Consultant Clinical Oncologist based at The Cancer Centre at Royal Preston Hospital.

Dr Hindley qualified at Birmingham University Medical School in 1977, having been on a travelling scholarship to Malaysia. His elective was spent in oncology at the University of Heidelberg. After training in General Medicine he worked at the Christie Hospital in Clinical Pharmacology, learning how to use anti-cancer drugs, safely and effectively, and carried out research into hormone therapy of breast cancer. He then underwent training in radiotherapy and first became a Consultant in New Zealand prior to taking up his current consultant appointment at Royal Preston Hospital in 1997.

His clinical interests are in breast cancer, lung cancer, gynaecological, central nervous system and skin cancer. He is actively involved in research into new treatments and training medical students and junior doctors.

In addition to his clinical role Dr Hindley is the Network Clinical Lead for Research and is committed to improving cancer treatment and supportive care for patients in clinical trials. His particular research interests include chemotherapy for platinum resistant disease in ovarian cancer, overcoming unwanted effects of radiotherapy and development of new treatments for brain tumours.