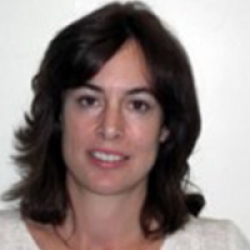 Dr Kim Linton is a Consultant Medical Oncologist based at The Christie NHS Foundation Trust in Manchester.

Dr Linton was awarded a medical degree from the University of Cape Town in 1994 and emigrated to the UK in the following year. She was a senior house officer in both Oncology and Palliative Medicine at Cookridge Hospital and Wheatfields Hospice, Leeds between 1997-2000 and then went on to be a Specialist Registrar in Medical Oncology at The Christie in 2000. In 2007 She gained her PhD in molecular pathology from the University of Manchester. Dr Linton was appointed in 2009 as an honorary medical oncology consultant in Lymphoma at The Christie.

Dr Linton works as a Senior Lecturer and Honorary Consultant in Lymphoma at The University of Manchester and The Christie Foundation Trust in Manchester. She co-leads the Medical Oncology Lymphoma Team, caring for patients with all lymphoma diagnoses excepting those that are HIV associated.

Her main research interests include the technical development of gene expression technologies for formalin fixed paraffin embedded tissue, blood and tissue-based lymphoma biomarker research predominantly in rare lymphoma subtypes and in the prevention and early detection of late effects of treatment, and prognosis and treatment of lymphomas. She is a member of the NCRN lymphoma low grade and biology subgroups.