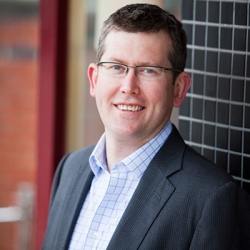 Mr Leach is Clinical Lead for Neurosurgery in Manchester and a member of the Salford Royal Neuro-Oncology MDT. He specialises in brain tumours (primary and metastatic) and spine tumours (metastatic and intradural). He has a particular interested in complex cervical spine surgery. He is a member of both the Society of British Neurosurgeons and the British Association of Spinal Surgeons.

Mr Leach was raised in Sydney, Australia and then moved to the UK to study medicine at both Cambridge and Oxford Universities. He was trained in Neurosurgery at the Radcliffe Infirmary Oxford, gaining further experience both The Royal Melbourne (Prof Andrew Kaye) and The Alfred (Prof Rosenfeld) Hospitals in Melbourne.

With expertise in both neurological microsurgery and spinal fusion, Mr Leach is ideally trained to deal with metastatic disease affecting the brain and whole spine.