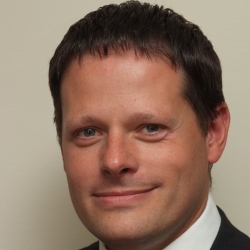 Mr Stephen Fenwick is a Consultant Hepatobiliary and General Surgeon based at the Sefton Suite Hospital and Aintree University Hospital in Liverpool.

Mr Fenwick qualified from Nottingham University and subsequently trained in Nottingham, Derby and Leeds, including a period of research for a Doctor of Medicine thesis, focusing on new treatments for patients with cancers which spread from the bowel to the liver.

Mr Fenwick was appointed as a Consultant Surgeon in 2008. He is also an Honorary Senior Lecturer at the University of Liverpool. He is currently the Clinical Lead of the Liverpool Hepatobiliary Unit, and also the Lead Cancer Clinician within the Hospital. A key development which Mr Fenwick has introduced has been the Advanced Colorectal Cancer Multidisciplinary Team Meeting, bringing together experts to ensure all patients with this condition have access to the best possible treatments.

The  Liverpool Hepatobiliary Unit is one of the busiest centres in Europe for the treatment of patients with benign and malignant conditions of the liver and biliary sytem. Each year Mr Fenwick  performs in excess of 100 major liver operations including laparoscopic (keyhole) liver resections, as well as around 150 laparoscopic cholecystectomies.

Mr Fenwick holds a number of external positions, including committee membership of specialist associtions, medical advisory board work for two patient charities, and as an independent Specialist Advisor for NICE.