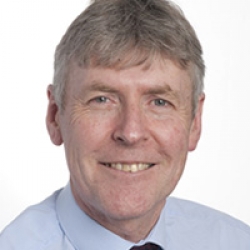 Mr Stephen Prescott is a Consultant Urological Surgeon based at The Leeds Teaching Hospitals NHS Trust.

Mr Prescott has a general adult urological practice with a large commitment to urological oncology due mainly to tertiary referrals of patients with pelvic cancer who may wish to consider surgical care.

Following two years as a Senior Lecturer at Edinburgh University and Consultant Urological and Transplant Surgeon at the Western General Hospital, Edinburgh. He was appointed Consultant Urologist in Leeds in 1995. He is experienced in both robotically assisted (since 2008) and open radical prostatectomy (since 1996) and cystectomy.