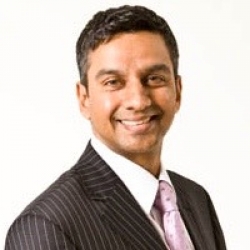 Mr Sheen is the Clinical Director for General Surgery at Manchester Royal Informary. He trained as a General Surgeon in Manchester with a special interest in Hepatobiliary and Pancreatic Surgery. He has a Specialised interest in Surgery for Colorectal Cancer Metastases to the Liver. He qualified in Medicine from the University of Dundee in 1993 and trained in London and Oxford.  Following Oxford he moved to Manchester in 1998. He completed his General Surgical training with advanced training in surgery for Cancers of the Liver and pancreas at Manchester Royal Infirmary and St. James University Hospital in Leeds where he gained experience in Liver Transplantation. Mr Sheen obtained a higher degree from the University of Manchester in 2003 for his thesis examining the use of Gene therapy for the treatment of Colorectal Liver Metastases, for which he won an award at the American Society of Colon & Rectal Surgeons and he has many publications in this field and is presently involved in research activity in the Greater Manchester and Cheshire Regional Liver/Pancreas unit based at MRI where he was appointed in 2005.

Mr Sheen works in a team with six other Consultant Surgeons providing comprehensive care for the complex treatment of diseases of the Liver and Pancreas with the support of a regional Hepatology and a 24 hour Vascular Radiology service. Mr Sheen is also involved in Teaching as the education lead for General Surgery with additional responsibilities as lead for Emergency Theatres for General Surgery as well as sitting on the Hospital at Night committee.

Mr Sheen's main clinical interests are diseases of liver, pancreas, gallbladder and biliary tree, laparoscopic surgery and hernia surgery and he is a leading expert in hernia surgery for which he resides on the council of the British hernia society as well as consulting for a global company. Mr Sheen is also a visiting Professor of Surgery at Baxter Global L.A California. He provides a fast track, seamless service for all patients who are referred suffering from ailments within his field including Gallstones, Weight loss, Jaundice, Pancreatitis, suspected cancer of the Liver and Pancreas and Abdominal symptoms/ pain.