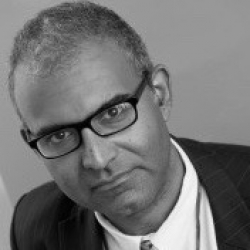 Professor Hani Gabra is a Professor of Medical Oncology based at Imperial College London.

Professor Gabra studied Medicine at the University of Glasgow. He graduated with a BSc (Hons) in Molecular Biology and MB ChB in 1987. He went on to complete his specialist training in Cancer Medicine in Edinburgh and then on to the Imperial College London.

His clinical work is conducted at the Hammersmith Hospital and the Queen Charlotte Hospital for Women. He runs a large evidence based/research led clinical practice providing medical oncology services for women with gynaecological cancer, embedded within a comprehensive large multidisciplinary team. He also provides a clinical trials service encompassing all phases of clinical research, and has interests in upper gastrointestinal cancer and adenocarcinoma of unknown primary.

Professor Gabra is also Chief of Service of the West London Gynaecological Cancer Centre based at Queen Charlotte's/Hammersmith Hospital and is also head of the Section of Molecular Therapeutics in the Department of Oncology at Imperial College and Director of the Ovarian Cancer Action (HHMT) Research Unit, a core funded research unit based at Imperial College London. In addition he also has an additional role as Strategic Theme Leader for Cancer Research at Imperial College.

Published in Oncologists
CONTACT
More in this category: « Prof Robert Hawkins Dr Was Mansoor »
back to top