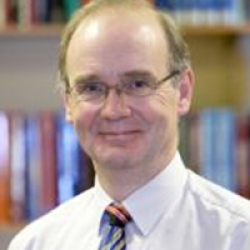 Prof Selby has worked in cancer research and cancer care since 1976.  After completing a Natural Sciences degree at the University of Cambridge in 1971, he undertook undergraduate medical training at King’s College Hospital in London and then medical and oncological training posts in Kings College Hospital, University College Hospital and the Royal Marsden Hospital in London and in the Princess Margaret Hospital and Ontario Cancer Institute in Toronto.  He was a clinical research fellow at the Institute for Cancer Research and Royal Marsden and became a Consultant and Senior Lecturer there in 1984.

He was appointed Fellow of the Academy of Medical Sciences in 1998, and awarded a CBE in 2001 for services to cancer research and cancer care.  Peter  is President of the Association of Cancer Physicians (2007-) and won the Pfizer Excellence in Oncology Lifetime Achievement award in 2007.  He is an Honorary Life member of the British Psychosocial Oncology Society and remains a co-investigator on patient reported outcome research into prostate cancer and chemotherapy toxicity.  In 2010 he was appointed a Senior Investigator of the National Institute for Health Research.  In 2011 he was awarded a DSc.

As Director/Lead Clinician of the NHS Leeds Cancer Centre (1997-2003) he organised specialised multidisciplinary care for cancer patients and led the development of excellent facilities for patients.  More recently (2013) he helped to initiate an Integrated Cancer Service to address the need for better access to care and address inequalities.  He was Consultant Advisor on Cancer Services to the Chief Medical Officer in England (Sir Kenneth Calman) (1993-2000) and is President and Chief Executive of the European Cancer Concord (2014-).  In both latter roles he sought to develop and implement evidence-based plans to improve outcomes for cancer patients and tackle cancer inequalities.  Peter is a Trustee of Cancer Research UK (2012-), Chairman of the Cancer Research UK Public Policy Advisory Group and a member of the Cancer Research UK Research Strategy Committee.