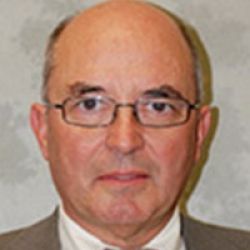 Professor Steve Schey is a Professor of Haematology based at King's College Hospital in London.

Prof Schey qualified at St George's Hospital in 1974, and later travelled to Australia where he worked at the Institute of Clinical Pathology and Medical Research in Sydney as Clinical Lecturer in Haematology.

He returned to London where he was the Bone Marrow Transplant Co-ordinator at the Royal Free Hospital and then the Royal Marsden. Later he moved to the Middlesex Hospital and subsequently served as Director of Clinical Haematology for the Guy's/St Thomas' Trust from 1993-2004 before moving to King’s College Hospital in 2005.

Professor Steve Schey was Secretary and then Chair of the UK Myeloma Forum 1999-2009. He has been Clinical Lead for South East Thames Cancer Network, since 2005. In addition, he is amember of the National Cancer Research Institute (NCRI) Haemoncology Cancer Steering Group, the NCRI Industry Adoption Panel and Chairman of the NCRI Myeloma Clinical Trials Committee.

Published in Haematologist
CONTACT
More in this category: « Prof Stephen Mackinnon
back to top