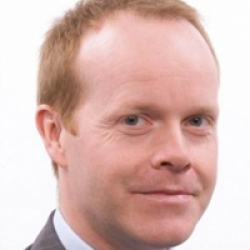 Dr Mike Dennis is a Consultant Haematologist based at The Christie NHS Foundation Trust in Manchester.

Dr Dennis is the Clinical Director of the Haematology and Transplant unit at The Christie.

He qualified in medicine from the University of Dundee in 1991 and completed his physician’s training in Liverpool before undertaking his first haematology post in Australia. Dr Dennis returned to the UK and to his first appointment at The Christie in 1996 before completing his haematology training in Liverpool, including an MD from the University of Liverpool.

He is recognised as a national expert on myeloid disease, a member of both the acute myeloid leukaemia and myelodysplasia working groups of the National Cancer Research Network, responsible for the development of clinical trials and trial governance for international multicentre trials in the UK.

Published in Haematologist
CONTACT
More in this category: Prof John Liu Yin »
back to top