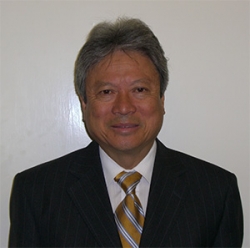 Professor John Liu Yin is a Senior Consultant Haematologist and Honorary Professor of Haematology at Manchester Royal Infirmary and The University of Manchester.

Professor Yin graduated from the University of Manchester Medical School in 1975 and trained in Haematology in the Royal Free, North Middlesex and Hammersmith (Royal Postgraduate Medical School) hospitals, London. He was appointed Consultant Haematologist at the Manchester Royal Infirmary in 1985. His clinical interests include leukaemia, myelodysplasia, lymphoma, myeloma and stem cell transplantation.  An international expert in Acute Myeloid Leukaemia and its treatment, he has extensive clinical trial experience and has been principal investigator/coordinator in several UK MRC and NCRI Leukaemia trials.

He was Director of the Bone Marrow Transplant programme in the Manchester Royal Infirmary until 2011 and was previously Chair of the Haematological Oncology Clinical Subgroup of the Greater Manchester and Cheshire Cancer network. He has published over 120 peer reviewed scientific papers, chapters and reviews.