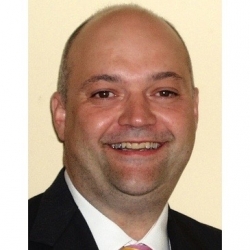 Mr Robert Ashford is a Consultant Orthopaedic and Musculoskeletal Tumour Surgeon based at The University Hospitals of Leicester.

Mr Ashford graduated from the London Hospital Medical College in 1992.  He undertook basic surgical training in London and East Anglia and he continued his Orthopaedic training in Leicester and Yorkshire.  After passing the FRCS (Tr. & Orth.) in 2004, he completed a one-year fellowship in Sydney, Australia under Dr Paul Stalley, a world-renowned sarcoma surgeon. He completed a further one-year fellowship in lower limb joint reconstruction and tumour surgery at the Royal National Orthopaedic Hospital, Stanmore.

He was appointed as a Consultant Orthopaedic and Musculoskeletal Tumour Surgeon at University Hospitals of Leicester NHS Trust and the East Midlands Sarcoma Service in 2007. Mr Ashford has extensive experience in the treatment of a wide variety of hip and knee conditions, bone and soft tissue tumours and trauma. Mr Ashford has published extensively in these fields. He has been awarded an MD for his thesis entitled "Improving the patient journey in breast cancer metastatic to the skeleton" by the University of Sheffield. Mr Ashford is Network Lead Clinician for the East Midlands Sarcoma Service.

He was selected by the British Orthopaedic Association for the 2014 American-British-Canadian Traveling Fellowship. The ABC Fellowship is a prestigious, highly competitive and sought-after honour awarded to leaders in the field of orthopaedic surgery. ABC Fellows are chosen every two years and travel to various academic institutions in the United States and Canada. They present their research and act as international ambassadors for the BOA as they learn about healthcare and research in their host countries. Mr Ashford is the first Leicester Surgeon to be named an ABC Fellow.