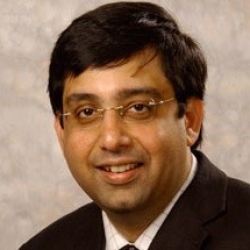 After working as a Research Fellow at the Academic Surgical Unit in Hull University, Mr Chatterjee was appointed as a Higher Surgical Trainee in the North West Deanery. Mr Chatterjee undertook specialist training in breast surgery at Bolton Hospital and South Manchester University Hospital.

Later Mr Chatterjee was appointed to the prestigious National Fellowship in oncoplastic breast surgery in Sheffield where he worked with the plastic surgery team with the emphasis of training on breast reconstruction and cosmetic breast surgery.

After initially working as a consultant at Stepping Hill Hospital (under the new consultant entry scheme) in 2004 he moved to the substantive post of Consultant Oncoplastic Breast Surgeon at Salford Royal Foundation NHS Trust in April 2005.